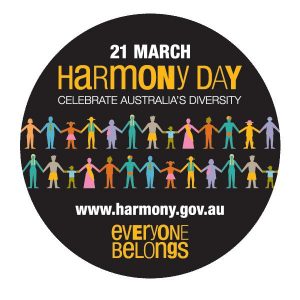 “It’s about inclusiveness, respect and a sense of belonging for everyone.”

So it took incredible comedy timing to decide that today would be the day the government should move to amend Section 18C in the Racial Discrimination Act.

Just a bit of background for my overseas readers…

Section 18C was added to the Racial Discrimination Act just over 20 years ago, with the passage of the Racial Hatred Act. Under Section 18C:

(1) It is unlawful for a person to do an act, otherwise than in private, if:

There is a safeguard under Section 18D, that states that: conduct that prima facie breaches 18C will not be unlawful if it is done “reasonably and in good faith” for artistic, academic, scientific or other public interest purposes (or in reporting on any such conduct), or presumably in the form of hilarious social commentary in cartoons etc.

It appears to me that 18D gives people plenty of get-out-of-jail cards if they get caught being a little racially intolerant by those pesky politically correct nut-jobs.

But back to today – Harmony Day remember…

The Federal government backed changes to the Racial Discrimination Act that retain the offence of “intimidate” on the basis of race, but replace the words “insult”, “offend” and “humiliate” with “harass”.

Let’s look at that word… Harass, and how it might open Pandora’s Box.

You can call someone the “n-word” at work but how many times do you have to call them that before we can say you’re doing it persistently?

Or if you inform someone on the bus: “F-off, we’re full!” If it’s only now and then… what’s the problem?

With regard to Indigenous Australians, Federal MP Linda Burnie puts it like this:

“The racial discrimination that exists towards Indigenous people in this country is still very profound. It is just astounding to me that those advocating any changes to 18C probably have experienced no discrimination in their life and have very little understanding of what discrimination means.”

I’m not sure why the government would want to make such changes, although I feel in some way it’s a move to firm up support from the right of their party. The right is the new black after all – or maybe not.

And I’ve always wondered exactly what it is that those who have campaigned for changes to Section 18C feel they are unable to say or do. But I get the sense we’re about to find out after the decision made today.

Because in Australia, it’s Harmony Day, and it appears the government is more interested in token gestures on days like this rather than looking after the interests of our most vulnerable, oppressed members of society.