Coaching: Do You Wanna Impress or Improve? 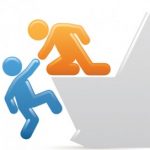 Imagine a young cricketer who is regarded as an excellent prospect. Let’s call her Sara. She gets selected for a representative training squad, thus getting access to a higher level of coaching than she has had before. As a right-hander, Sara regularly scores runs, but knows she has a weakness when a ball is pitched up on middle & leg stump.

As the representative team meet for their first net session, Sara perceives this as her time to shine, to impress, to ensure she is selected in the starting XI for the first game.

The last thing she wants is a ball on middle & leg in front of the coaches.

And yet if she is to improve as a cricketer, a ball on middle & leg is precisely what she needs. In fact she needs plenty of them particularly whilst she is around such high-class coaches who have the ability to help her improve her technique.

But often in cricket – and other sports – school and the workplace, when we’re around those who potentially have the most to offer, the situation dictates we need to impress rather than improve. We want to spend time demonstrating what we can do, rather than asking for help for the things we can’t.

As with most relationships, a good coach-coachee relationship is predicated on trust, and assuming that is in place, a coaching conversation for Sara might look something like:

Sara: To get into the starting XI for the first rep game.

Coach: What do you need to do in order for that to happen do you think?

Coach: So how are things going?

Sara: Good. I’ve got a decent average, and I feel like I’m hitting the ball well.

Coach: Would you like to score more runs, if you could?

Coach: So what’s stopping you?

You’ll notice that the coach has only asked questions, and has already shifted the goal from “getting into the team” to something more tangible like “scoring more runs.” The coach has also opened up the conversation now for Sara to identify some of the factors that prevent her from scoring even more runs.

Sara: I tend to struggle with balls on middle & leg. I can’t score well in that area, and I’ve been bowled a few times and caught off a leading edge several times too over the past couple of seasons.

Coach: OK, so we’ve got an hour or so where we can set up the bowling machine and work on something. What do you think we could work on together in order to help you score more runs?

Can you guess what Sara is going to suggest?

Within the space of a few minutes Sara has shifted her mindset from not wanting a single ball on middle & leg to suggesting she spend the next hour working on nothing but.

Sara and her coach take the goal of getting into the team – an outcome, that in reality, she has little control over – and is now able to focus on the shorter term, more tangible goal of improving her technique on middle & leg. And of course, if she gets this right, she’s probably more likely to end up getting into the team.

How might you use coaching conversations in your work?