A couple of years ago I tweeted – what I thought – was a great quote from Michael Clarke that illustrated an attitude that could be described as a growth mindset. 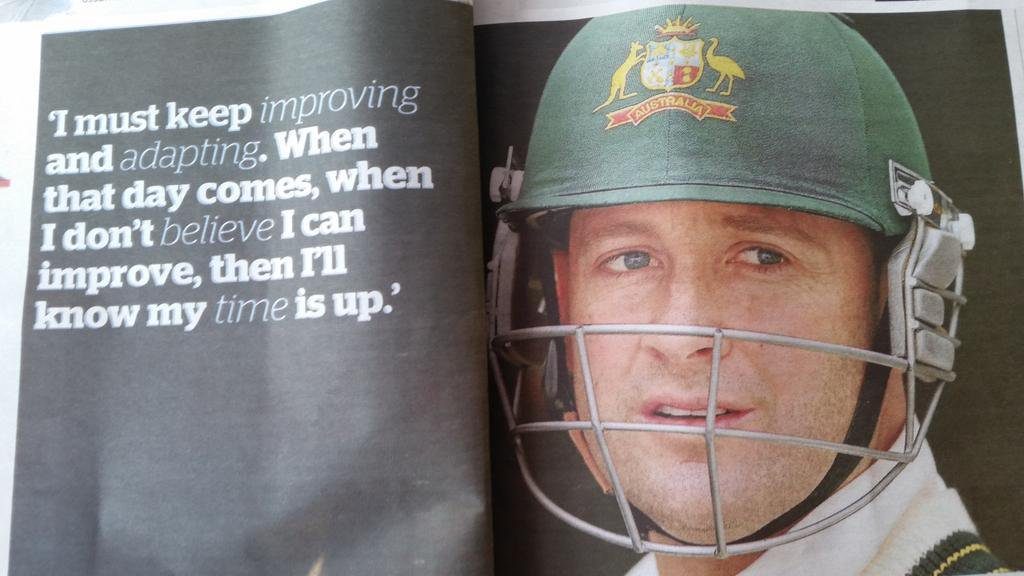 I was surprised to receive a few responses along the lines of (and one verbatim):

“But if he really had a growth mindset then he’d always believe he could improve”.

I wrote about this in my latest Australian Teacher Magazine column with respect the nonsensical nature of this approach – specifically when it comes to sport – but also the manner in which growth mindset has infiltrated educational settings.

I won’t repeat what I wrote in my column here, rather I want to call out what I see as the three major misunderstandings or myths regarding Carol Dweck’s work in education.

Erm, it isn’t. In fact very few things in psychology are. Carol Dweck herself says in her book Self Theories:

“Almost no findings in psychological research are all or nothing.”

2. If we teach kids about it, then we’re doing Growth Mindset

Hmm… actually there have been a few research projects that have looked into the impact of teaching kids about mindset. Many, including this one found that there was very little evidence to suggest it had any impact on the students with regards to their learning or the way in which they perceived themselves as learners.

I’d argue that this could be because teaching kids about growth mindset, without changing anything else (eg. the way we assess, report or communicate with our wider communities) boils growth mindset down to merely a belief  you can improve, without recognising the many behaviours that are required in order for change to happen. Consider that in order to address lung cancer we have broader measures in place than just teaching kids the dangers of cigarettes. Dweck herself has lamented the superficial manner in which many schools have adopted her work, pointing to motivational posters, telling kids to try harder and praising effort alone as some of the practices that can miss the point:

“As the growth mindset has become more popular and taken hold, we are beginning to find that there are pitfalls. Many educators misunderstand or misapply the concepts.”

3. Having a Growth Mindset means Never Giving Up

This goes back to the Clarke quote and I do mention it in my Australian Teacher article, but it’s something I’ve been considering of late in my quest to run a marathon.  Does having a growth mindset really mean you can never give up? Must I complete the 42km in order to prove I have a growth mindset, even though medical advice (and common sense) would suggest that my knees are probably not up to it?

Well no, of course not. As Dweck mentions – again in Self Theories:

“Over-persistence can in some ways be more like the helpless response. Some may refuse to give up because an admission of defeat is too great a blow to their ego”.

Well that makes me feel better.

But I realise I’ve probably uncovered another myth… that having a growth mindset is inherently good and should be sought after all costs… but that’s for another time methinks.