Why the Federal Government’s Education Policy Misses The Mark… 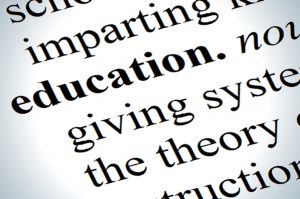 With a fair amount of fanfare this week, Australia’s federal government announced that it would invest an additional $1.2 billion from 2018 to 2020 that would be tied to a needs-based distribution of funding and reforms in our schools to “help every parent have confidence that their child is receiving the teaching they require.”

Most of the commentary around this decision has been around the fact that the figure of $1.2 billion falls some way short of the $5 billion that the Gonski report suggested was required in order to achieve a level of equity in education across Australia.

I’ve written before about the high levels of inequity in Australia, and whilst I’m no expert in these matters – and I’m aware that state governments carry the majority of the funding burden – it does strike me as strange that a search of the MySchool site tells me that a private school in my local area whose net income for 2014 was $52,000,000 (yes, fifty-two million, and that’s by no means an anomaly) receives three-and-half times the amount of federal funding that my local public high school gets, despite not having 3.5 times as many kids… curious.

But the seemingly inequitable funding of independent schools this isn’t just a Liberal government issue, as it was the then Labor Prime Minister Julia Gillard, who in 2012, was the first to state that no private school would lose a dollar in any future funding agreements, when perhaps it might have been more prudent to ask private schools if perhaps – just perhaps, they might wish to curtail their spending on capital works, such as new dance studios, learning centres (always makes me smile that we need these in schools) or olympic size swimming pools, just for a year or two. After all as Prime Minister Turnbull pointed out this week,

“While Bill Shorten has promised more money for schools, Labor is ignoring the decades of significant funding growth yet declining performance. For all Labor knows, their extra funding will be used to build a second or third sports shed or pretty up a school gate rather than addressing the generational deficiencies of our schooling system.”

But rather than just adding to the chorus of “Show me the money” , I want to have a look at some of the other aspects of the federal government’s approach to education that I believe are flawed.

First of all I take exception to the rhetoric that surrounds education in Australia. Politicians of all persuasions appear to want to reduce education to a competition, with Turnbull stating the aim is for our kids to “get ahead” and sprinkled with the usual dose of political xenophobia, the kids we really need to get ahead of are those from overseas. Particularly Asia.

Performance Related Pay (PRP)  is one of the pillars of the government’s policy with teachers being rewarded for meeting the criteria of the Australian Teaching Standards. I have a number of concerns about this, not least the fact that in a lot of cases results have been mixed to say the least. As the OECD states:

Performance-based pay is worth considering in some contexts; but making it work well and sustainably is a formidable challenge. Pay levels can only be part of the work environment: countries that have succeeded in making teaching an attractive profession have often done so not just through pay, but by raising the status of teaching, offering real career prospects, and giving teachers responsibility as professionals and leaders of reform. This requires teacher education that helps teachers to become innovators and researchers in education, not just civil servants who deliver curricula.

Incentivise high-performing teachers to work in disadvantaged schools. Leaving aside the insulting implication that there aren’t already high performing teachers in these schools, I’d argue that what constitutes “high performance” in one school might not cut the mustard in another. Every single school community is different, and with that come different challenges. We need to be clear what high performance means before we talk about this any further.

Maths for Everyone! The government has stated that every student will need to study a Maths or Science subject up to Year 12. Welcome to the #IdeasBoom! Leaving aside the fact that this is merely a narrowing of the curriculum, based on some fairly spurious claims that “the most exciting jobs of the future will require maths and science,” I can’t see this doing anything to raise standards can you? If anything mandating that all students study maths or science will only bring down levels. Then won’t we be panicking!

Standardised Tests for Year 1 Students. If you listen carefully, that distant cheering is the sound of publishing companies rejoicing that they now have a whole new market of anxious parents to target. For too long these parents have gotten away with reading the Gruffalo or Possum Magic… but no longer! Already NAPLAN preparation guides are among the best selling books in Australia and soon it will be the Year 1 preparation guides. To be clear, OF COURSE we should know where kids are at, and identify those at risk of falling behind. But I’d wager the vast majority of schools do that already, but then face the challenge of trying to help those kids with minimal resources. If only there was some way we could get more money and resources to these schools and communities…

But I’m not all about picking holes. I’m here to offer solutions too.

So Malcolm Turnbull and Simon Birmingham, if you’re reading this, perhaps you might glean some ideas about how we can win the Education Race from the advice I offered your predecessors some years ago.

← Why I’m supporting the ILF
3 Myths of Mindset →