What do adult learners really want? 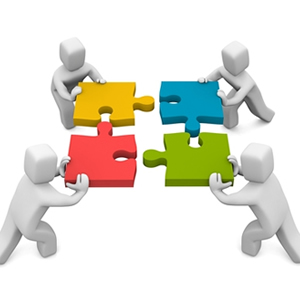 A few weeks ago I was asked to speak to a group of school leaders. From the outset I was concerned that the brief from the client meant that I’d be doing a lot of talking. I flagged this with the client, indicating that rather than a workshop – given the amount of new content they wanted the delegates to be introduced to – it would be more akin to three 90 minute keynotes.

“No problem” came the reply.

As they say, the customer is always right. So I prepared at such.

At the lunch break after two of the keynote style sessions (with perhaps 5-10mins group work in total throughout the morning, a principal approached me, “Now, before I say anything, are you planning to do any group work this afternoon?” she asked.

My heart sank. My greatest fears had been realised. Even though I could tell that the group was really engaged in the morning, this principal was about to pull me up on the fact it had been all “chalk & talk” and she wasn’t happy with that. And if she wasn’t happy, perhaps I had misread the room entirely?

“Erm… I hadn’t planned to, but I could, I mean err… well, I was asked by the organiser to cover off on all this, and err… oh I don’t know… maybe I could, yeah… no… ahh, yep, we could definitely do some group work if you like…” I replied, navigating the conversation rather expertly I think you’ll agree.

“Oh, good grief no!” she said, “At last we’ve got someone treating us like professionals. If you make us get into groups and give us post-it notes I’m outta here.”

Now to be clear, this is the very first time I’ve ever heard anyone say they’d prefer to listen all day rather than work in groups to share their experiences and so forth. And even though the feedback from the principals and school leaders after the three keynotes was very positive, it’s fair to say I took this principal’s opinion as an anomaly and didn’t think too much more about it.

Until this weekend, when I read an article in the Sydney Morning Herald entitled Why Are Corporate Training Course Usually Awful?

The article by Jim Bright asked the reader to consider:

For me, this is particularly interesting, although I recognise that whether or not delegates want to participate in group will largely depend on two factors; the group themselves and the purpose of the session. For me I think I’ll still be gravitating towards group work and having the participants share their insights as that actually helps me to mould the workshops as they play out. Given I use a coaching approach in my sessions I appreciate the art of good questioning to elicit more relevant responses than perhaps Jones from accounts comes up with.

What do you think? To group or not to group? That is the question…

← Kids Giving Back 5th Birthday
Is “by teachers for teachers” always a good thing? →

3 Comments on “What do adult learners really want?”