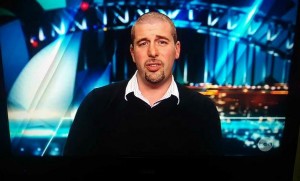 It stemmed from a story in Melbourne where a father was suing a school because his son ran into a wall whilst playing tips. The father’s argument was – the school should ban running in the playground.

Hmm… I’m not so sure… as I said the panel, if the first thing we do when our kids do something ‘daft’ is look to blame someone else, then perhaps there’s the issue.

We have seen the evolution from Helicopter Parents to ‘Helicopter Gunship Parents’ who launch pre-emptive strikes against anything or anyone that might pose the risk of disappointment, risk, challenge or failure. That’s why so many parents do their kids’ homework for them, or why now – if you’ve attended a young child’s birthday party you’ll have seen this – EVERY layer of Pass the Parcel has a prize! 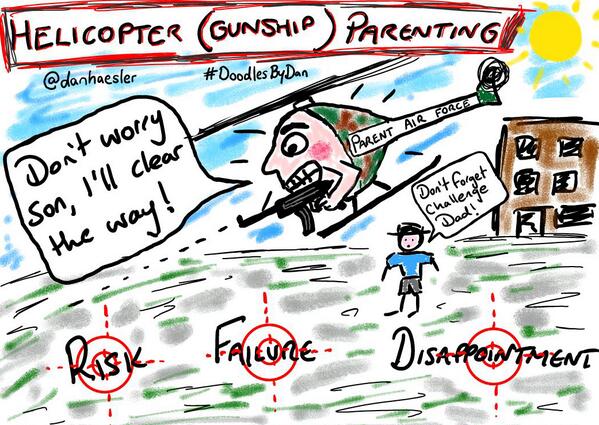 Learning from failure, a setback or a poor decision is a crucial aspect of growing up. It’s how kids learn to be resilient. It’s how they learn to take responsible risks and understand the consequences of their actions. You don’t learn these things simply by being told about them.

It’s as though parents want their kids to be happy all the time.

But being happy all the time is in itself a mental health concern.

In our bid to have happy kids, I wonder what we might be robbing from them later in life?

So, next time you want stop your child from “making the same mistakes you did” – we’ll assume those mistakes didn’t land you in jail or the emergency ward – why not let them learn a little by stuffing up*.

After all, those mistakes helped you become the person you are today. And you’re not all that bad are you?

*You might have noticed I stuffed up earlier be sending a post entitled “UK” – with nothing on it… oops… I learnt something there too! 🙂 It’s actually a page for UK based schools/organisations who might be interested in doing some work with me…