This is the third in a series of posts based around an interview I had with John Hattie earlier this year.

Whilst many education conferences around the world issue a call to arms – of sorts – to embrace 21st Century Skills, it’s worth pointing out that the cohort of kids that started Kindy in the year 2000 are now – for whom those the system worked – into their second year of an undergraduate course.

Bit late for them.

More than that though, the phrase – to me at least – seems divisive. 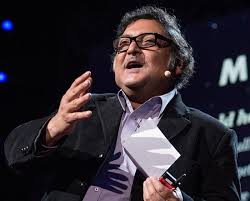 We all know that the Y2K bug came to nothing, but did something happen at 11:59pm on Friday 31st December 1999 that meant all that went before in classrooms was now obsolete?

Certainly some high profile thinkers have come to this opinion.

“Schools as we know them are obsolete.”

Now of course I’m not saying that schools shouldn’t be moving with the times. Rather, my problem is the way in which the need to move with the times has been communicated to teachers. Talk around 21st Century Skills is vague; it means different things to different people.

Having previously discussed Direct Instruction v Inquiry Based Learning with John Hattie, our conversation naturally turned to the notion of 21st Century Skills.

“I have a problem with this notion of twenty first century skills,”

says Hattie, “I’m just finishing a synthesis on learning strategies, it’s not as big [as others he’s done] there’s only about 15 – 20 million kids in the sample, and one of the things that I’ve learnt from the learning strategies, and a lot of them include the 21st Century skill strategies is that there’s a dirty secret.”

And the dirty secret is that not only does Hattie believe that these strategies are very simplistic, but he is skeptical of classes that focus solely on critical thinking or creativity – something I’m seeing some (but not many) schools adopt.

“These strategies only work within the subject area,”

Hattie says, “They’re not generic. So one of my problems with the 21st Century skills is schools are running critical thinking and creativity classes as if those things can generically cross over. [But] you can think that way in Maths but not necessarily in physics or in English.”

Of course most schools who embrace 21st Century Skills are seemingly embedding them in their teaching of the curriculum. But then this leads us back to the Content v Skills debate and the teaching style most appropriate.

“You’re right, it polarises the debate in terms of strategies versus content. I bet in every school that you go into, you look at the assessments – and I do that because that’s what kids look at in terms of what teacher’s values – you’re still dominated by content.”

It’s a fair point, consider how much your school focuses on kids ability to digest content compared to how much it genuinely assesses critical or creative thinking.

I wonder if this in some way might explain why Hattie can’t find evidence of Inquiry Based Learning, or 21st Century Skills having much of an impact.

In many cases, maybe what we say we value isn’t what we end up assessing?

Hattie’s main worry is that some schools are over privileging 21st Century Skills, because what he calls “surface learning” is – for the most part – over-privileged by many.

His argument is we need a balance of surface to deep transfer. He says,

But in response to this comes a “generic notion [of 21st Century Learning], and my terror is that schools will be teaching 21st Century Skills. I don’t think you can do that. I don’t think it’s a viable way to go. New Zealand went down that line of enquiry thinking schools and schools were very proud to say ‘we’re deep thinkers, we’re enquiry thinkers’ – it didn’t work.”

He then went on to discuss what had worked in New Zealand, which I found interesting…

Hattie says, “There needs to be a constructive alignment particularly in high schools between what we say we’re going to do and what we actually assess.”

One of the reasons New Zealand have significantly improved their retention rate is because they changed the upper high school assessment system.

“We got away from this notion that you can only be excellent in physics and chemistry and we said you can be excellent in many things,” he says, “And we showed that even kids who wanted to be water polo coaches or baristas could be excellent at those things and could learn skills right till the end of high school.”

Sounds good to me I thought… how did that go down?

“[Because] it was privileged along with physics and everything else it made many of those teachers very upset. It’s been a traumatic transformation but it’s been a very positive one; it hasn’t been without its problems,” he says.

“Its critics are still out there claiming that we’ve got rid of Shakespeare and calculus and chemistry. And for some kids we have, as we should have done.”

I wonder if that’s the key to a 21st Century education – having diversity and a flexibility in the curriculum that is equally valued based on the needs of students and communities?